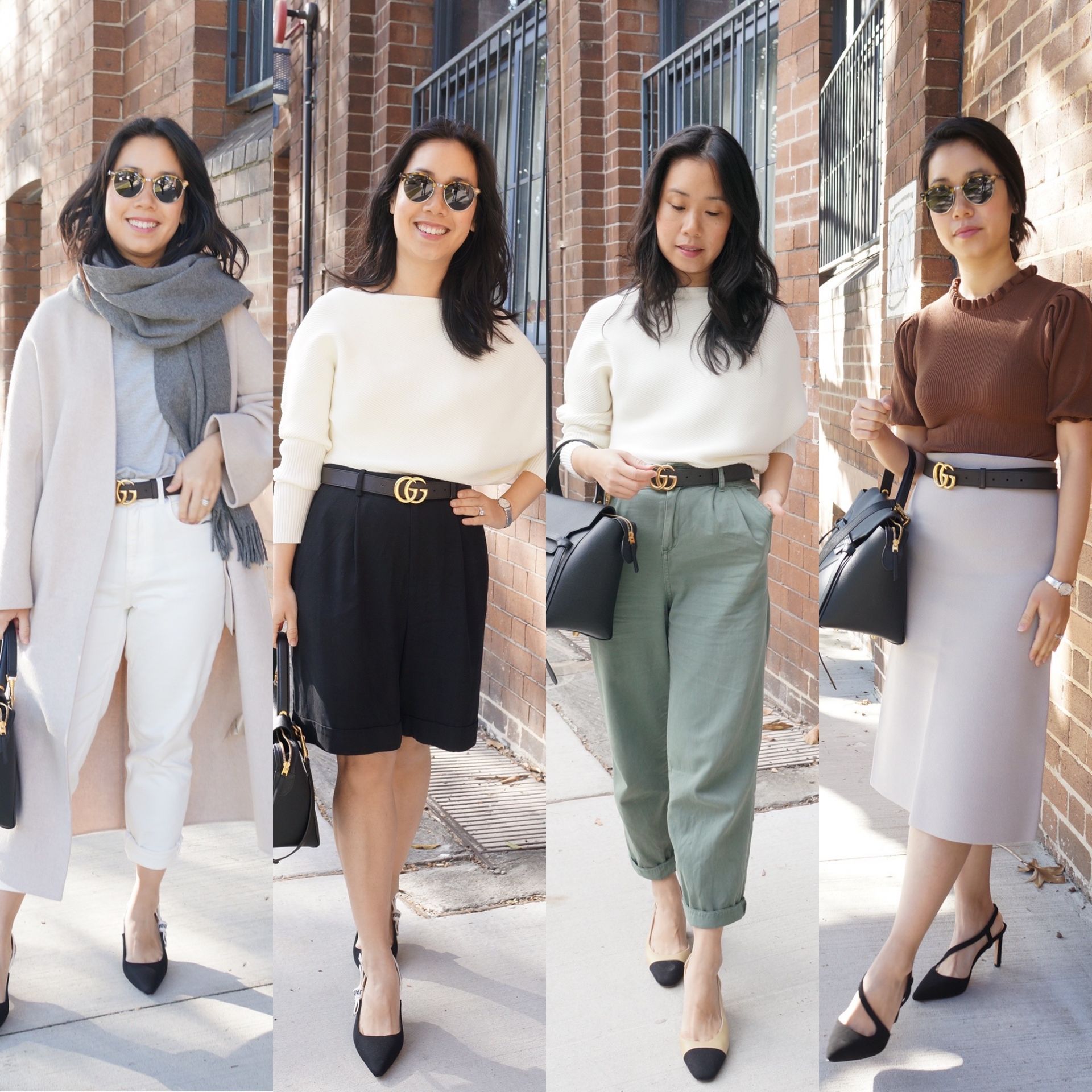 See my updated guide after 24+ months of wear

If you follow me on Instagram, you’ll be very acquainted with this Gucci belt. I get asked a lot of questions about my Gucci belt – sizing, width, where to purchase – so I thought I’d address those queries in a neat little guide post.

I have the Gucci Double G belt in chocolate brown with antique brass hardware in the 3cm width.

Considering it’s a spendy purchase, I approached this as an investment piece and chose to stick with a classic colour and hardware combination to maximise its versatility. The belt was a gift from my husband for Christmas two years ago and I have constantly worn it since I received it. A lot of you have asked whether you think it will still be in style in years to come and I really think it will be around for a while yet. It’s a classic design and features the signature marmont logo (which was first introduced by Aldo Gucci in 1933) – as long as you stick to a classic colour – you will get a heap of use out of it! 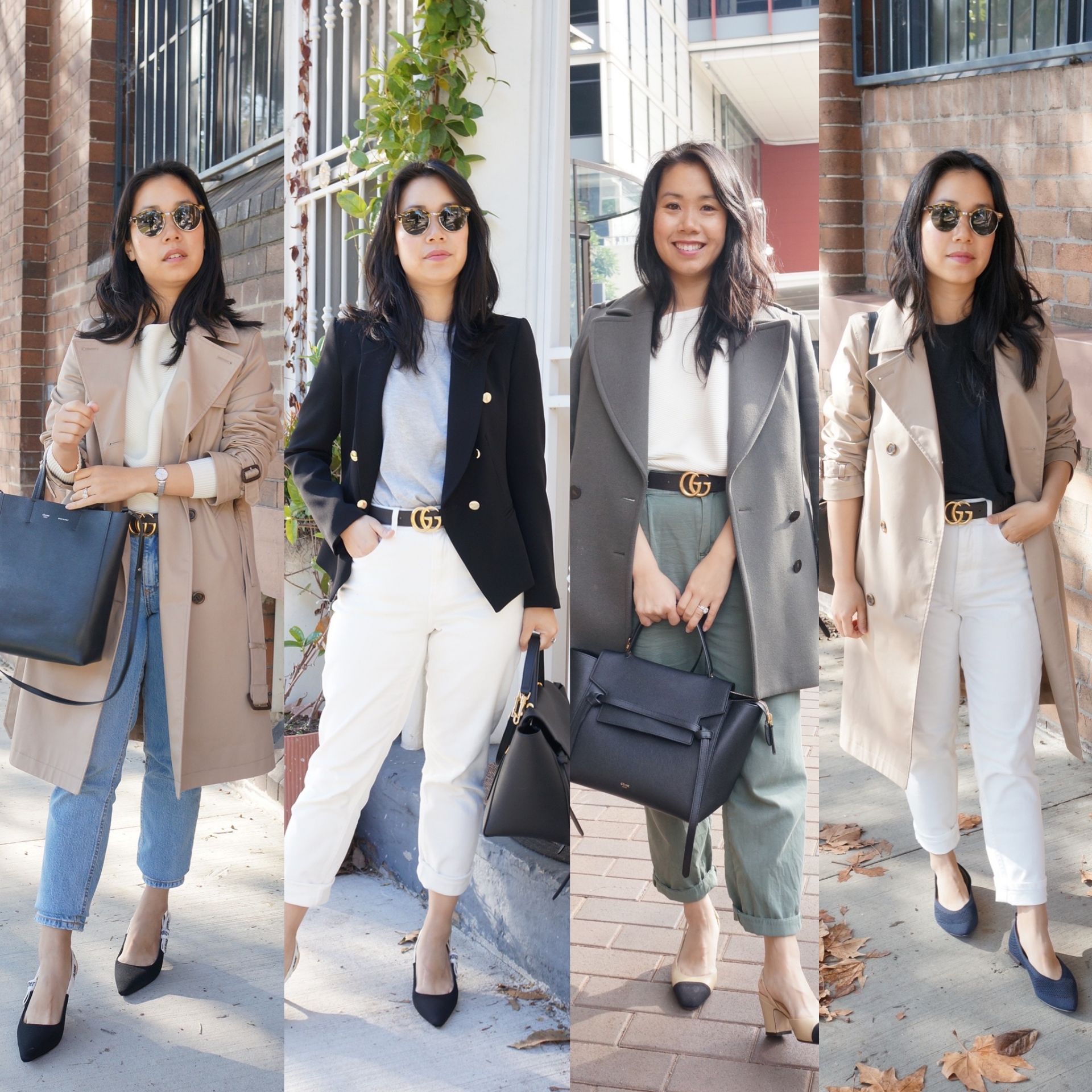 The belt comes with 5 holes and the sizing is in centimetres starting from around 75cm going up to around 110cm.

I bought the 85cm and I could have definitely sized down to an 80 or even a 75. I ended up getting 3 holes punched in by a cobbler so that I could wear it as both a hip and waist belt (I had researched cobblers extensively but was still a wreck watching the holes being punched before my very eyes) . I have heard of people getting the additional holes punched by Gucci but when I raised it in store at the boutique, the sales associates didn’t seem to think it was a thing.

I have the 3cm width mens belt. Arriving at this decision took a bit of trial and error but I am so happy with what I ended up getting. Long story short, my husband originally gave me the 4cm width belt but when I tried it on both he and my mum said that I was “all belt with a side of human”, and I have a number of thin belts in my collection so there wasn’t really a gap that the 2cm belt needed to fill.

When I popped into the store to exchange it, by chance I stumbled across the mens belts and ended up getting one of those instead. Why a 3cm width belt would be classified as a mens belt is baffling to me!

Holy moly it’s only been two years since I got mine and the varietals on offer have exploded!

Leather! Elastic! Web! A mix of both!

See my updated guide after 24+ months of wear

Shop 3cm classic belts (the width I have):

And check out these fun varieties!

P.S. The 3 biggest myths about purchasing designer handbags and check out my bag reviews here.

You may also enjoy:

Where I can, I’ve added affiliate links, where you can support whatveewore.com by clicking through to featured items.
Click here to read my disclaimer on affiliate links and PR products.